Skip to content
Lanna Innovation > Uncategorized > Learning how to listen 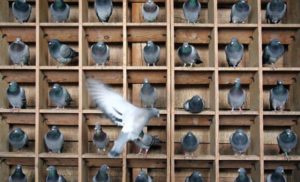 This is about learning how to hear a new language. Many so-called experts recommend trying to speak immediately, but one cannot say what one cannot hear. Also, while in some cases sounds are considered the same, there are nonetheless differences. Capturing and recognizing these differences is important.

When there are recognized sounds that are different enough so that the IPA symbol is different, then those sounds need to be recognized as different. There are many examples of this, but conceptually think of the IPA as a set of pigeon holes. Every language has pigeons in some of the holes but not in others. Languages have overlaps in terms of pigeons in holes but also some sounds are in some languages but not in others.

As well, when there is not a nearby hole filled with a pigeon then a pigeon can fill that nearby hole as well, from the perspective of the listener. That is, there is less of a distinction between similar sounds because there is no minimal pair for that sound.

In Thai, there is chau chang (and chau chur) which is usually transliterated as a ch. However, there is no sh sound and so Thai people have a hard time distinguishing between English sh and ch. In fact, listening carefully, one can hear that some Thai people pronounce chau chang like sh and some like ch.

In Thai, there are p, b, and bp (bpau bplaa) sounds. In English there is no bp and so English speakers have a hard time hearing bp and tend only to hear a b sound.

Use of the IPA alphabet in language learning

Using the IPA alphabet is very useful to helping sort out these overlaps and gaps, and help train the ear to hear what it normally does not. It is also helps to have an indicator of what needs to be said differently when learning to speak a new language.

I first thought it was a waste of time to use the IPA alphabet when learning a language. Since I did not desire to become a linguist and only wanted to learn Thai, it felt like an additional burden. However, because of the differences in sound, in both listening and speaking, the use of the IPA is actually very helpful, and is worth the effort in this regard.

For expansion on place and manner of articulation, sammy diagrams are useful

Sammy diagrams are static, side-view images of the mouth and its component parts (tongue, lips, and jaw placement). However, many sounds are not static mouth configurations but have movement. Three dimensional MRI video is the highest resolution information, but MRIs are damaging to DNA and it is impractical to use them for feedback on learning to speak a language. However, one or two sammy diagrams can be helpful nonetheless and provide clues toward properly articulating sounds.

Sammy diagrams combined with an IPA vowel table can be very helpful in targeting specific vowel sounds. See this useful video explaining and providing examples for the vowel chart.

Tone contour graphs are especially useful in tonal languages, but can be helpful with any language. They provide a visual display of tone frequency over time. With tools such as Praat speech analyzer.

If one has idealized tone contours, then one can visualize tone (pitch) with practice recordings using Praat. This allows for getting feedback on tone via computer. Tone contour includes both the changes in pitch and the time dimension, so that long and short vowels are being produced accurately with regard to relative length.