A good (bad) example is the very legible source code editing font Hack which does not have Thai character support. This means the operating system substitutes the Thai system font, which makes reading difficult. The best that can be done is increasing the font size and decreasing the line height and the line length. This can make the latin characters less legible.

When this post was first created in Nov. 2013 there were three fonts that I focused on. Those fonts listed were:

Since then we've gone on to create a large collection of open source and free Thai fonts, so there are more to choose from, as well as a few more added from additional sources (all open source or at least free to use). 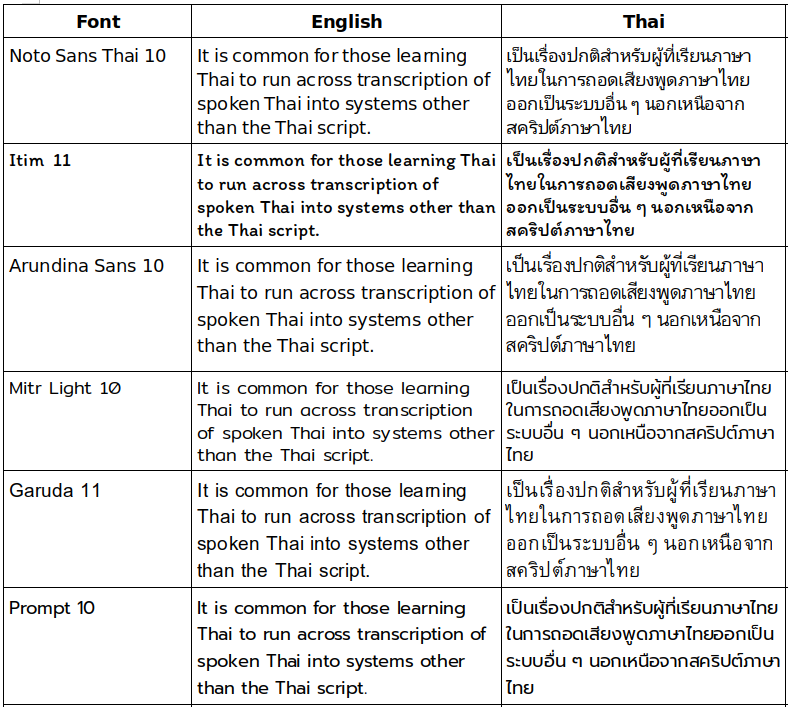 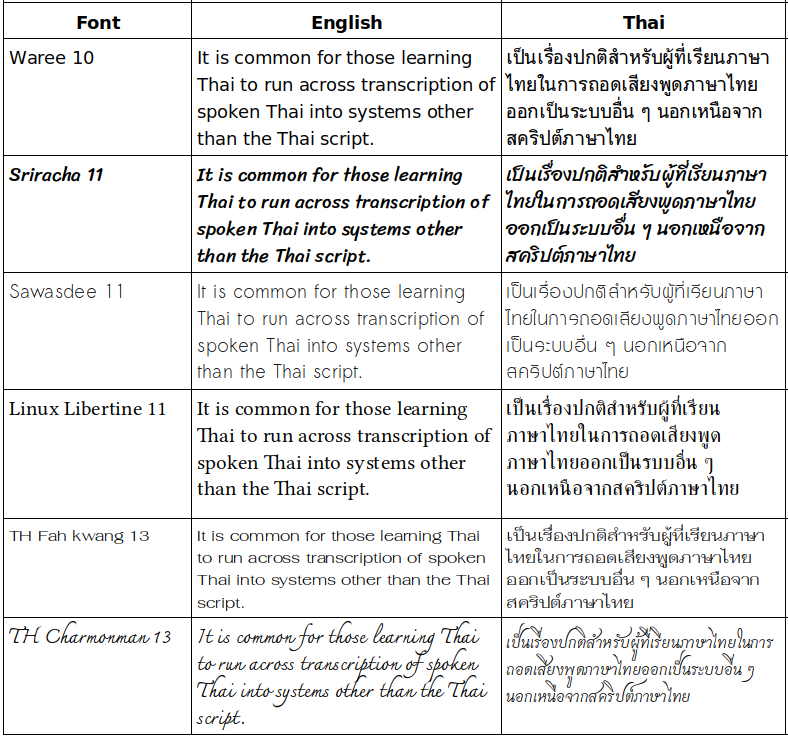 Good support for English and Thai

Note that all the fonts listed above with the exceptions of Linux Libertine, Arundina Sans, and Waree are available in the Free Thai font collection. We will be adding Arundina and Waree to the Thai Font Collection in the next month or two.

A Note on Linux Libertine