One aspect of the Thai Alphabet cards which we chose to display a tone frequency and syllable duration marker as a colored line across a two dimensional grid. 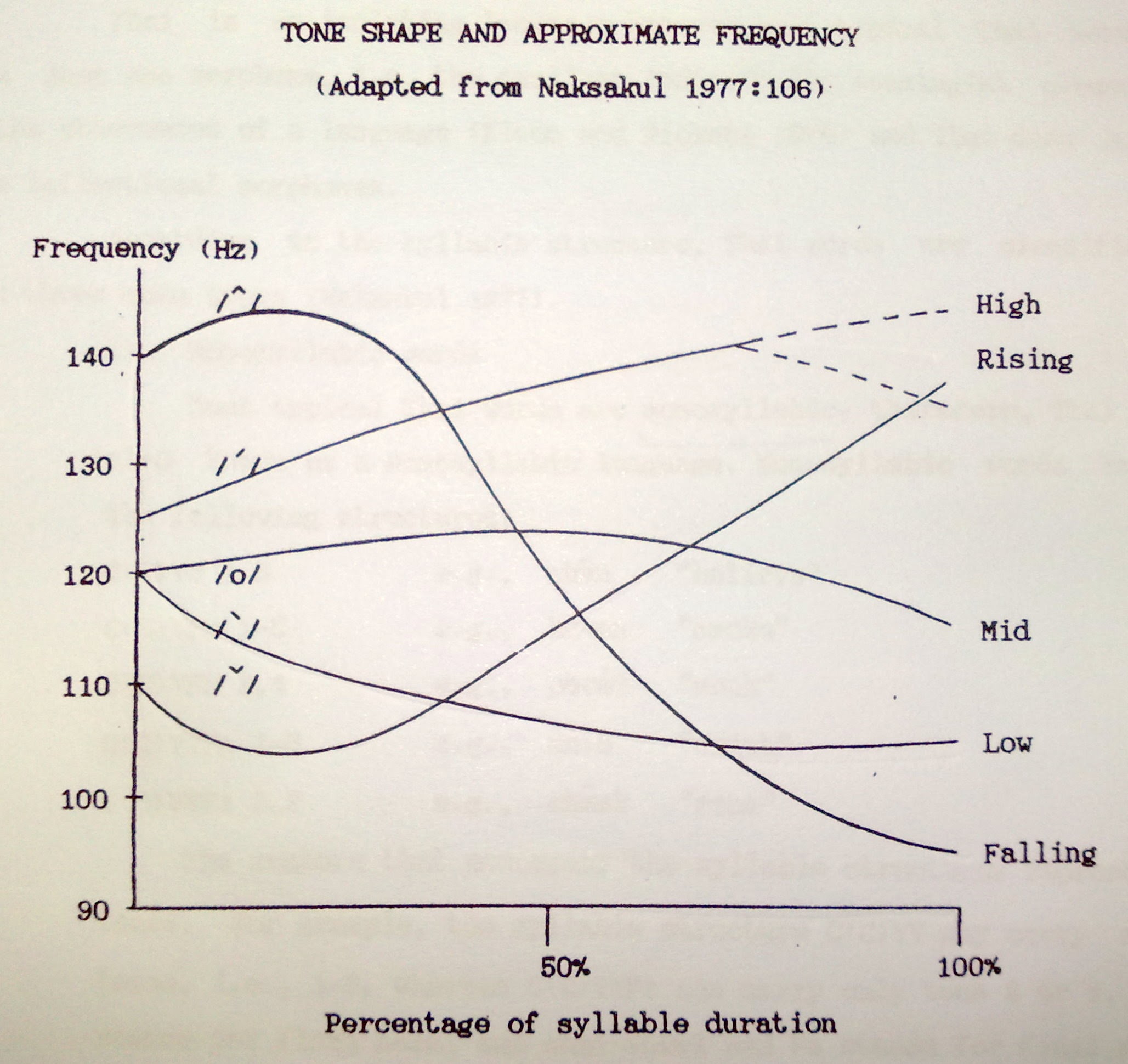 Second, we added relative lengths to the short and long syllables, which added information. In Naksakul (1977) we are provided with a mapping of tone frequencies relative to their duration. However, (and here generally speaking, but not precisely) there are at least both short and long syllables. It appears that each tone can be both long or short, which gives 10 possible tone/length combinations. 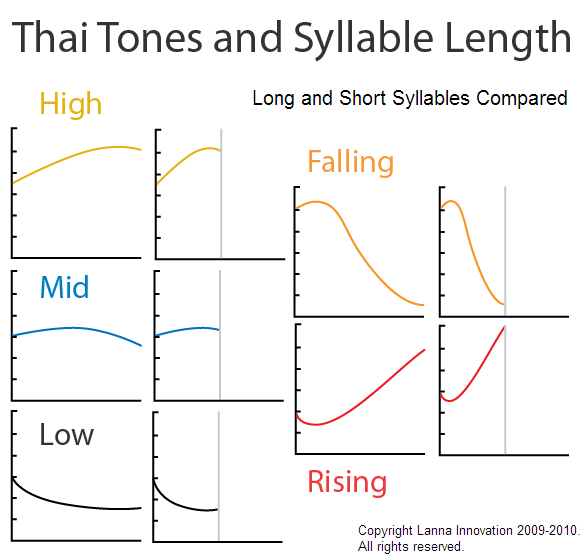 Our modification of the frequency displays was merely to shorten the tone at the 50% mark, that is, to compress the frequency shape into half the time. This is clearly a simplification but is most helpful in terms of visually seeing and learning long and short syllables, something that is especially difficult for Native English speakers, along with the tones themselves.

One adaptation we made was to the short mid-tone. It appeared visually as if it had a slight downward trajectory, but upon listening to native speakers that is not accurate. We decided that the tone frequency was being truncated before finishing. We revised this image by segmenting at the 75% mark of the long tone, and then shortening the tone length as we had done with all other short tones.