There are both substantive and subtle changes to the Thai Alphabet Cards. For the Thai Consonants, we add the ten numbers (0-9) as ten additional cards, and then on the consonant cards themselves, the significant changes are:

What has not changed (and remain from the original edition) includes: 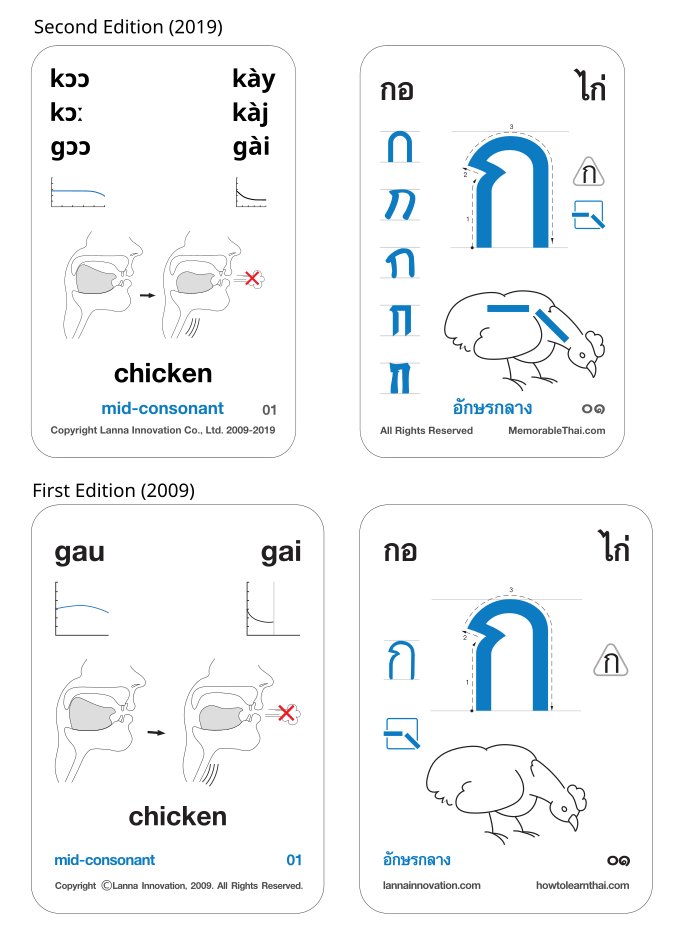